You can learn a lot from the Outlander series. Being the huge nerd that I am, I keep a pocket notebook with me while I’m reading and jot down little bits of information or words that I can look up later. During my initial read of Outlander last year, I took particular notice of the brief description in Chapter 8 of Colum MacKenzie’s physical ailment:

“Toulouse-Lautrec syndrome. I had never seen a case before, but I had heard it described. Named for its most famous sufferer (who did not yet exist, I reminded myself), it was a degenerative disease of bone and connective tissue. Victims often appeared normal, if sickly, until their early teens, when the long bones of the legs, under the stress of bearing a body upright, began to crumble and collapse upon themselves.” 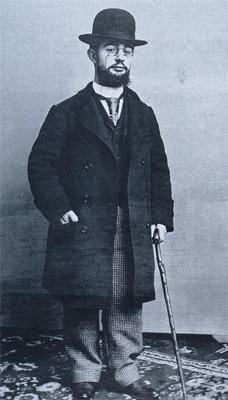 I did a little research and discovered that the most famous sufferer, Henri de Toulouse-Lautrec, was quite the interesting character and a very talented artist. Born in 1864 to an aristocratic French family, Henri’s upbringing was privileged, albeit wrought with a multitude of health conditions attributed to the fact that his parents, the Comte Alphonse and Comtesse Adèle de Toulouse-Lautrec, were first cousins. Since he was physically unable to participate in the common games and activities of other children his age, he focused on his artistic talents and later became a widely respected Post-Impressionist painter.

He moved to the Montmartre section of Paris and became immersed in the bohemian art scene that included such famous artists as Degas, Cézanne, Seurat, Renoir and Van Gogh (whom he would later exhibit with). He was a friend of Oscar Wilde and subsequently painted a portrait of him, as well as Vincent Van Gogh. He was a fixture amongst the bawdy Paris nightlife and began a series of paintings featuring prostitutes of Montmartre. Around this time, the Moulin Rouge opened and Toulouse-Lautrec was commissioned to paint a series of posters to promote the cabaret. 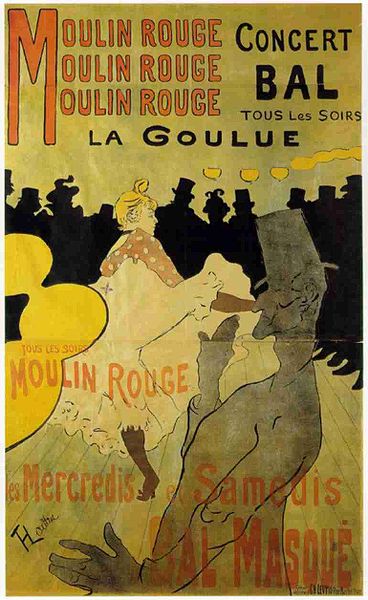 One of his most famous paintings features Louise Weber, who went by the stage name “La Goulue” and was arguably the most famous Cancan dancer – and a personal favorite of Henri – at the Moulin Rouge. 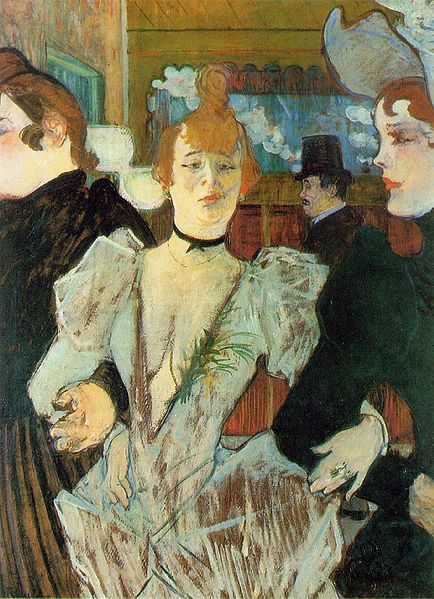 Many of Toulouse-Lautrec’s paintings were looked down upon as a result of their seedy and often risqué subject matter. Personally, I love his vibrant  artwork and view it as an interesting and often unglamorous glimpse into the realities of life in Paris during a time of incredible artistic creativity. Speaking of unglamorous and realistic, check out this one… 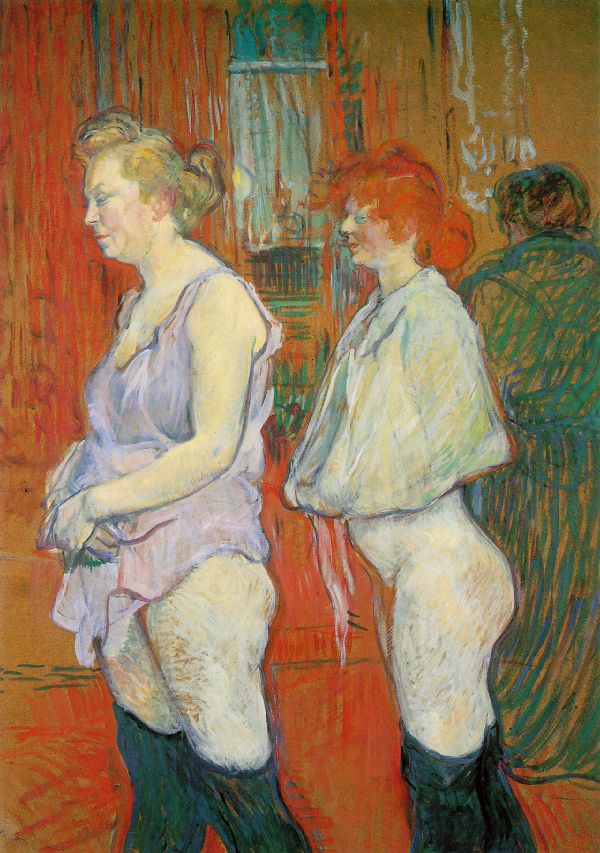 Here are a couple of my favorites, including this self potrait in a crowd… 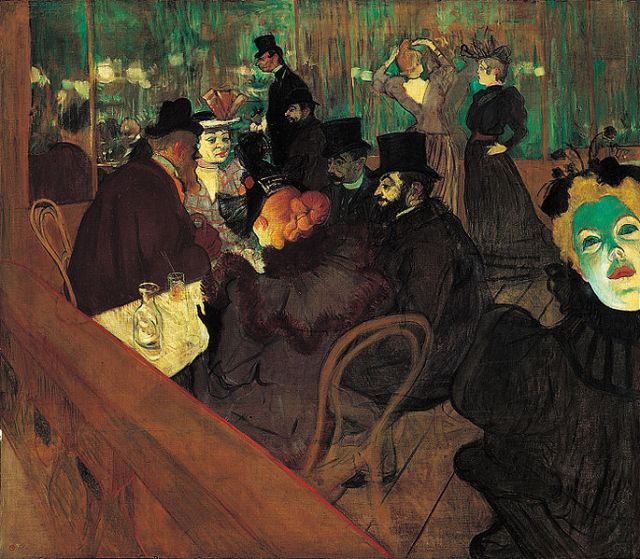 "At the Moulin Rouge" 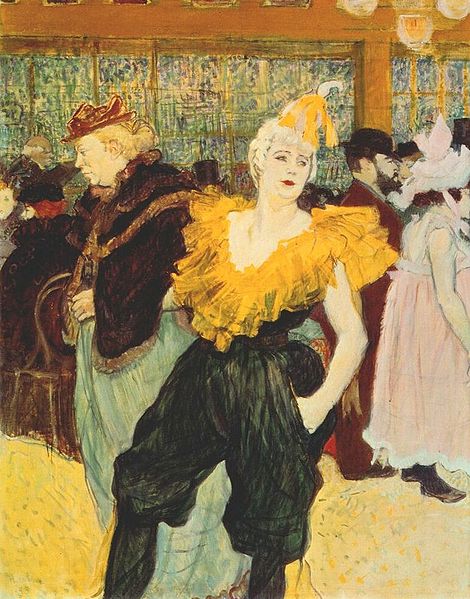 …and “In Bed”, (a print of) which will hopefully hang in my guest room one of these days… 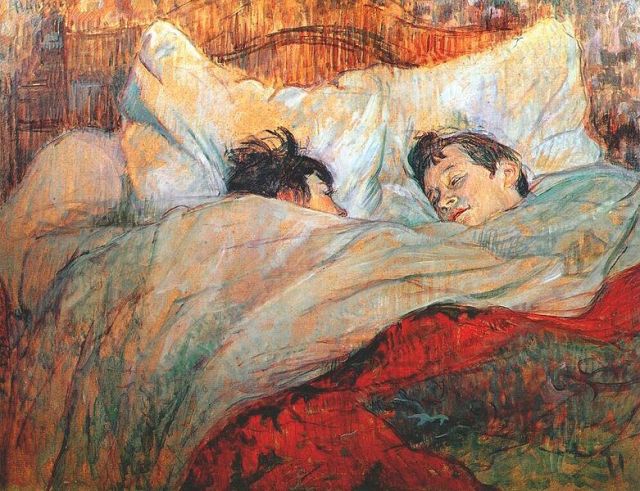 Henri was a very prolific painter, creating over 700 paintings and thousands of drawings during his abbreviated lifespan. To help him cope with constant mockery regarding his appearance, he took to drinking and was an alcoholic for most of his life. He had a customized cane that could be filled with alcohol so that he would never be without a drink. He was briefly institutionalized before his death at the age of 36. If you enjoy his artwork, you can see more of it here.

It’s quite a leap from the Scottish Castle Leoch in 1743 to bohemian Paris in the late 1800’s, but a most satisfying and visually appealing one, wouldn’t you agree?