The entire time I was reading the first 6 books in the Outlander series, I had a very vague mental image of Lord John. And it wasn’t good. For whatever reason, I pictured him as small, weak, blonde-verging-on-gray, and sort of old. Several of my Outlander-obsessed blogging friends cast actors as the characters in the books and it seems a lot of people agree that Jude Law would make a good Lord John. After having read the Lord John series, I now feel wonderfully relieved to have my own mental image…and he’s hot! I’ve decided to play my own hand at the casting game.

Several months ago, my husband and I rented The Crazies. (I know, it sounds ridiculous, but it actually wasn’t bad.) I found myself being utterly blown away by the gorgeous blue eyes of the actor who played the deputy, so much so that I looked him up. I realized that he was the same actor who played Henry Austen in Becoming Jane (amazing movie, I guess I was too distracted by James McAvoy to notice anyone else in the film). His name is Joe Anderson and while I was becoming reacquainted with Major Grey during the Lord John novels, it hit me that he fits the description perfectly! Shorter stature, lean build, blonde hair, English, slightly feminine yet still a head-turner, and beautiful, big, blue eyes. What do you think?

This is exactly how I imagine Lord John. Sexy man overload in these pictures!! 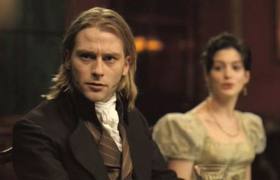 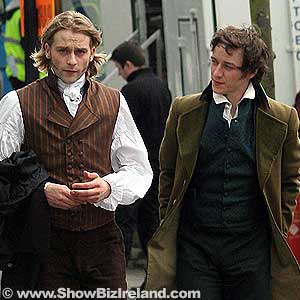